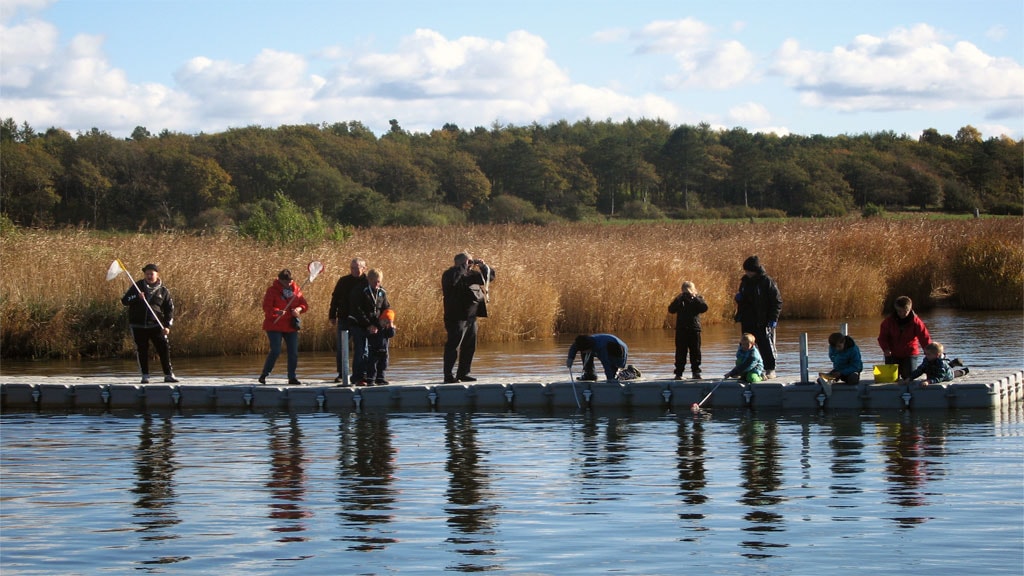 The salt content of the fjord is determined by the balance between the salty Kattegat water and the freshwater river Gudenåen. The salty and thus heavier water is transported with the currents into the fjord along the bottom of the 7-meter deep channel. The freshwater from the river Gudenåen is transported out into Kattegat in the surface layer. The two bodies of water are not completely separate and there is a continuous mixing of the two bodies of water as a result of mainly wind effects. There is thus a clear gradient (difference) in salt content in the fjord, both from top to bottom and from Kattegat to Randers.

The approximate salt content: Udbyhøj 2,5 %, Voer Færgested 1,5 %, Uggelhuse 0,5 %, Randers harbor 0 %. However, salt can be measured all the way to Langå, where seals are also regularly observed and flounders can be caught.

In Randers Fjord, you can, among others, catch Herring, Sea trout, Salmon, Flounder, Surmullet, Whitefish, Garfish, and Cod.