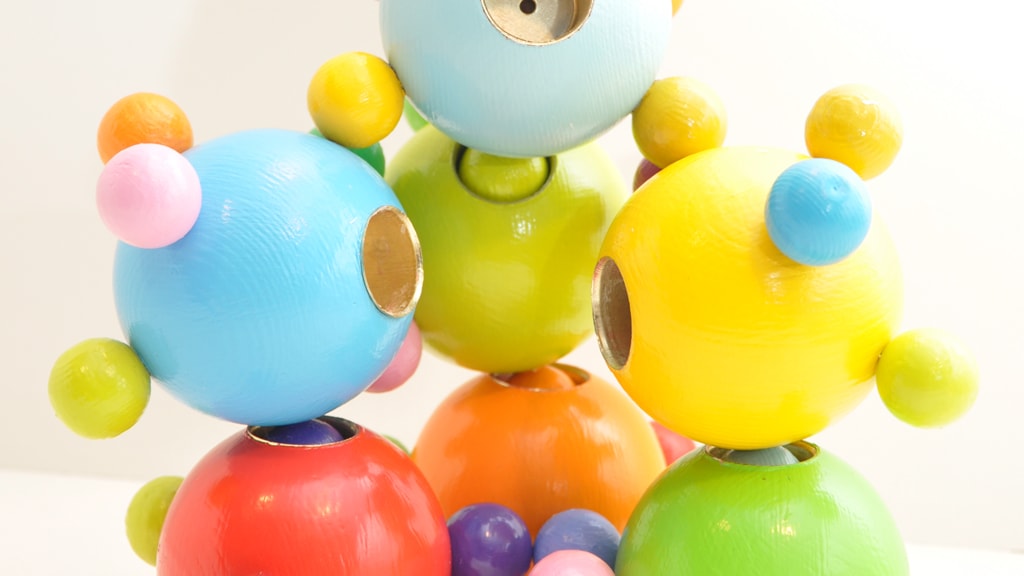 Art on the edge of the traditional

GAIA Museum Outsider Art exhibitions are created on the edge of or outside the traditional range of art. Its works are in a category of their own, in that they do not represent a given style or school, but a multitude of different forms of expression. GAIA Museum has regularly renewed exhibitions of outsider art, including a unique international collection of outsider art, along with works from its own collection. The museum is run in collaboration between persons with special needs and ordinaryly employed staff.

The museum's environment and surroundings create an atmosphere which inspires new thoughts and perspectives and in this way, the museum represents a unique and alternative framework for meetings, conferences and workshops. Additionally it is possible to park right outside the door. At GAIA Museum, you can also find the lunch café, Café GAIA Papaya, a museum shop and a framing shop.

The Molecule Candlestick is produced in Gaia Museum Outsider Art. In the beginning in 2002 Gaia did not have many visitors, but enough visitors were the condition for the employment of the 10 persons with special needs, who were attached to the workforce. Consequently, in order to have enough to do, Gaia took orders from outside. The 10 employees should glue cardboard knife holders – and they really had to clue a large number each day. In spite of pep talks, etc. the motivation could not be kept up, and agreements could not be met.

The solution for the museum was to make its own production. Gaia contacted the designer Mitten Ferrar to find out if it was possible to produce something which fitted the target group, and of which Gaia could control the amount. At the same time it should reflect the soul of the museum. Mitted Ferrar presented the sketch for the Molecule Candlestick, and it was immediately set into production. The Molecule Candlestick reflects the soul of the museum with its richness in colour and with its many small buds, which represent the many projects of the museum.

The Molecule Candlestick led a quiet and stable life, until Entré Living phoned in December 2008 and ordered the candlestick as a Christmas offer in all of its life style shops in the whole of Jutland.  The candlestick is now sold in several life style shops all over Denmark. This means employment for a workshop with a staff of 8 employers each day, who have the great pleasure of producing something, which other people wish to buy.